This howto is now more or less obsolete. Ubuntu 14.10 ships MATE packages, Chromium and it seems Ubuntu packages are much better optimized for Cubietruck.

Over past months I've been working hard to get the Debian running on my Cubietruck with all the bells and whistles. I wanted to have usable Chromium, hardware accelerated video playback, MATE desktop and full Estonian ID-card support. 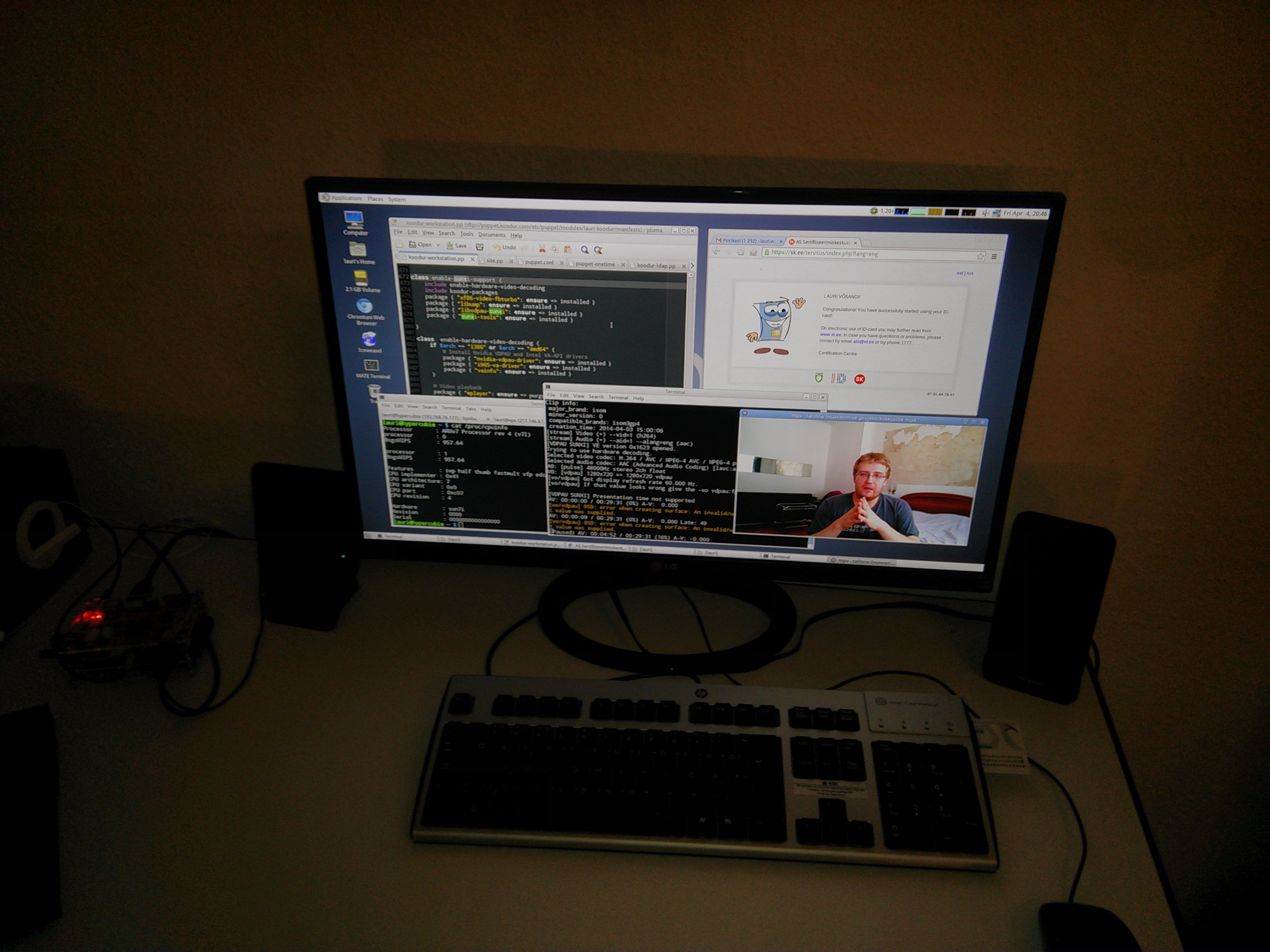 I used build script from Igor Pečovnik which includes wireless drivers as the basis for root filesystem. Of course I replaced wheezy with jessie and tweaked the script to fit my needs. Unfortunately MATE packages are not there yet for Debian and VDPAU drivers haven't been packaged aswell. Chromium packaging seems to be quite broken in Debian armel/armhf branch generally. To build my packages I used pbuilder in conjunction with QEMU ARM emulation.

Make sure you can access the kernel driver from userspace by adding following to /etc/rc.local:

You also need to fine-tune /etc/xorg.conf so fbturbo Xorg driver would be used:

As a video player I strongly suggest mplayer's successor mpv which is already available in Debian Jessie. It supports VDPAU and VA-API video acceleration backends and streaming over HTTPS:

You probably want to put following in /etc/mpv/mpv.conf aswell:

Some MATE desktop 1.8 packages have landed in Debian Jessie. I backported the remaining ones aswell so the well known command to install MATE desktop works:

Pulseaudio switching between HDMI and analog output seems to work well. SPDIF also shows up, but unfortunately I haven't got audio equipment to test it with.

Iceweasel aka Firefox is availabe in Debian repositories but it's rather bloated for Cubieboard. I managed to backport Chromium from Ubuntu repositories to Debian Jessie. Interestingly the Chromium build on Debian Wheezy crashed with segfault. I tried to dig deeper but eventually gave up since it works perfectly on Debian Jessie:

Of course hardware accelerated video decoding is not supported in Chromium (yet!)

I also included a Bash snippet that automagically enables ID-card support for Chromium.

There are still several things I haven't figured out exactly: the Lima open-source 3D driver should be ready for Cubietruck really soon and I did not manage to get the Bluetooth firmware loaded to the Bluetooth chip just yet.

Nevertheless Cubietruck loaded with this packages is pretty neat desktop replacement if you use desktop to mainly work on remote servers, use plain text editor to code, watch movies and listen to music.

Once Lima drivers and Wayland are ready it should be a matter of recompiling MATE packages to use Wayland so it should be possible to have really smooth MATE desktop experience on top of OpenGL ES.