GPG is most often used to encrypt and sign e-mails within software developer communities and cyberpunk circles. You also find that GPG is used to verify packages when you install software on your Ubuntu or Fedora box. GPG keyring can also be used for authenticating SSH connections.

Yubikey 4 Nano is one of the tiniest OpenPGP compatible hardware tokens on the market. With hardware token the your RSA private keys used by the GPG are not readable in the filesystem as it would usually be under ~/.gnupg directory. 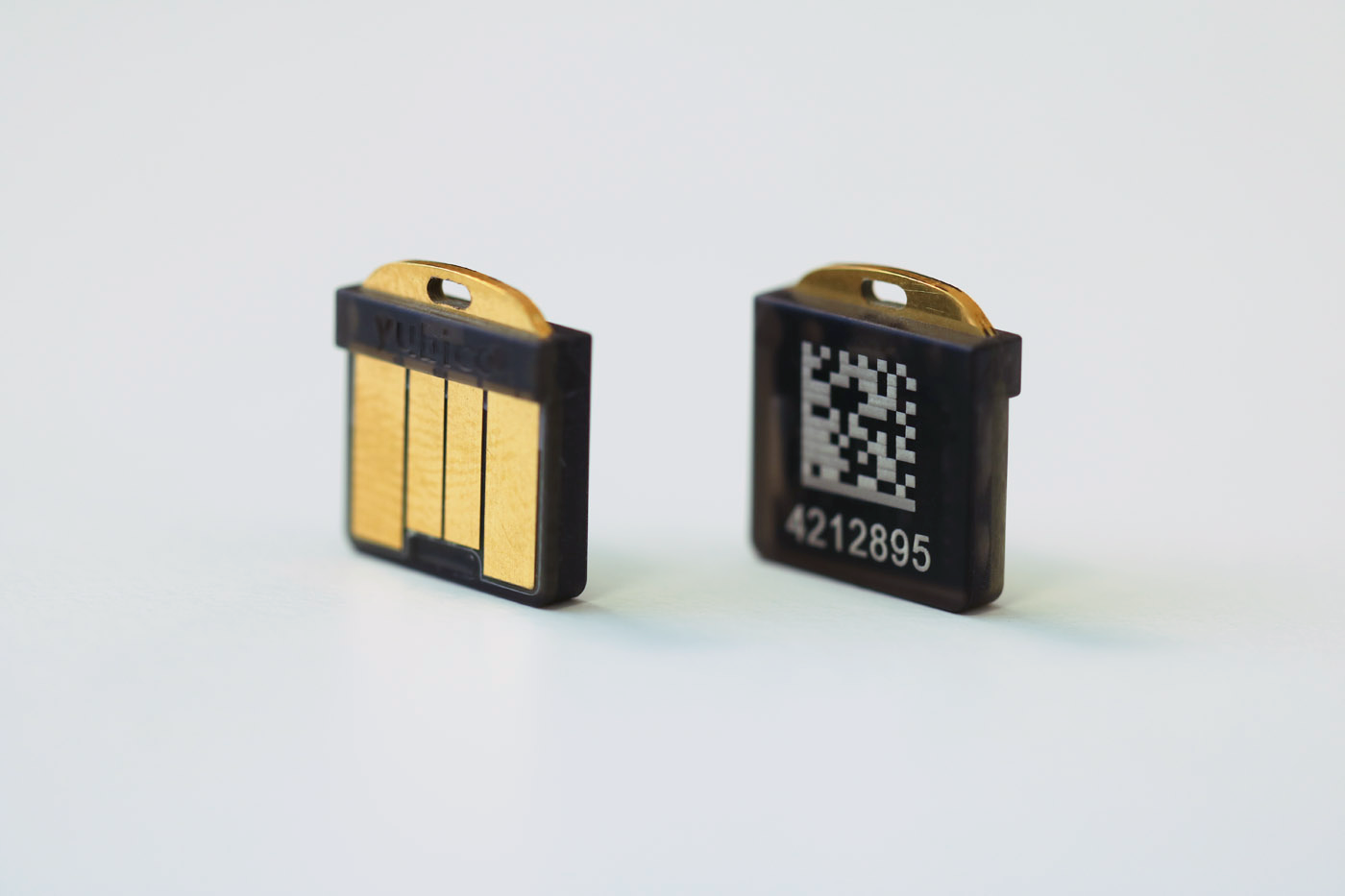 Using GPG to send encrypted/signed e-mail can be done via variety of applications each one coming with a different support level for hardware tokens such as Yubikey:

scdaemon which is used by GPG as backend to access smartcards exclusively locks the card even if configured to use PCSC-Lite as backend. Firefox similarily wants to have exclusive access to the token when there are valid certificates present in the PIV applet. This means that currently PGP and PIV modes can't be used simultaneously.

GPG has most often two versions installed: gpg and gpg2

Following guide focuses on gpg2 only. When gpg command happens to be executed accidentally at wrong time gpg-agent could be started with flags incompatible with gpg2, in that case kill gpg-agent process.

Install GPG v2.x if it hasn't been installed yet:

If you have Estonian ID-card reader hooked up to the computer you might have conflicts with web browsers, so it's a good idea to tell GPG reader name:

Set up Yubikey, this is roughly equivalent to gpg2 --full-gen-key:

Add identities, eg. when you use multiple e-mail addresses or aliases and set the trust level to ultimate for all of your identities:

Export your public keys and upload it to a HTTP(S) accessible URL:

As the root of trust is your own key, everything that is to be implicitly trusted has to be signed by yourself - hence to trust someone you first need to retreive their public key:

Import it to your keyring located in your home directory (~/.gnupg/keyring.kbx):

Verify that the 40-character fingerprint of the imported key matches via other means eg. by giving a call via phone, meeting face to face or taking part of a keysigning party. Finally sign the public key identified by e-mail address:

Alternatively keys can be fetched and imported from publicly operated keyservers, in that case 40-character key fingerprint and keyserver hostname is required. For example in order to import key used to sign CERT-EE (RIA) e-mails following commands should suffice. In this case pgp.mit.edu is keyserver operated by Massachusetts Institute of Technology:

Use following to list your keys, your key fingerprint is the 40-character string just above your identities and e-mail addresses:

Most commonly used keyservers can be found at Wikipedia. To prevent key collision attacks it might be good idea to upload your key to all of the listed servers there as it is very common that users specify only last 8 digits of the fingerprint to import keys.

To save it into a file:

To export public keys from the GPG applet on Yubikey in SSH format use following command, you should see Yubikey keys with comment cardno: 000123456789 where the number is your Yubikey serial number:

As usual copy the public key to your server's ~/.ssh/authorized_keys.

When attempting to log into the server you're supposed to be prompted with a graphical PIN code dialog. Any subsequent login attempts in the same shell should proceed without having to ask for the PIN code.

It's very tricky to get this right. Following was tested on Fedora 25.

GPG agent wants to show PIN dialog on demand so it has to get graphical session environment variables right ($DISPLAY, $WAYLAND_DISPLAY etc).

Kill all the relevant processes, log out and log in again. When attempting to ssh to a remote box PIN dialog should pop up.

Using same Yubikey on another computer

Import your public keyring, eg in my case:

On the first computer export secrets, in Yubikey case this should export only stubs which tell GPG to look for the key on a hardware token:

Copy the file to new machine:

On the new machine: