To install Sigrok on Ubuntu 14.04, enable their PPA repository:

Sigrok has command-line utilities for signal capture, but for newbies there is PulseView tool: 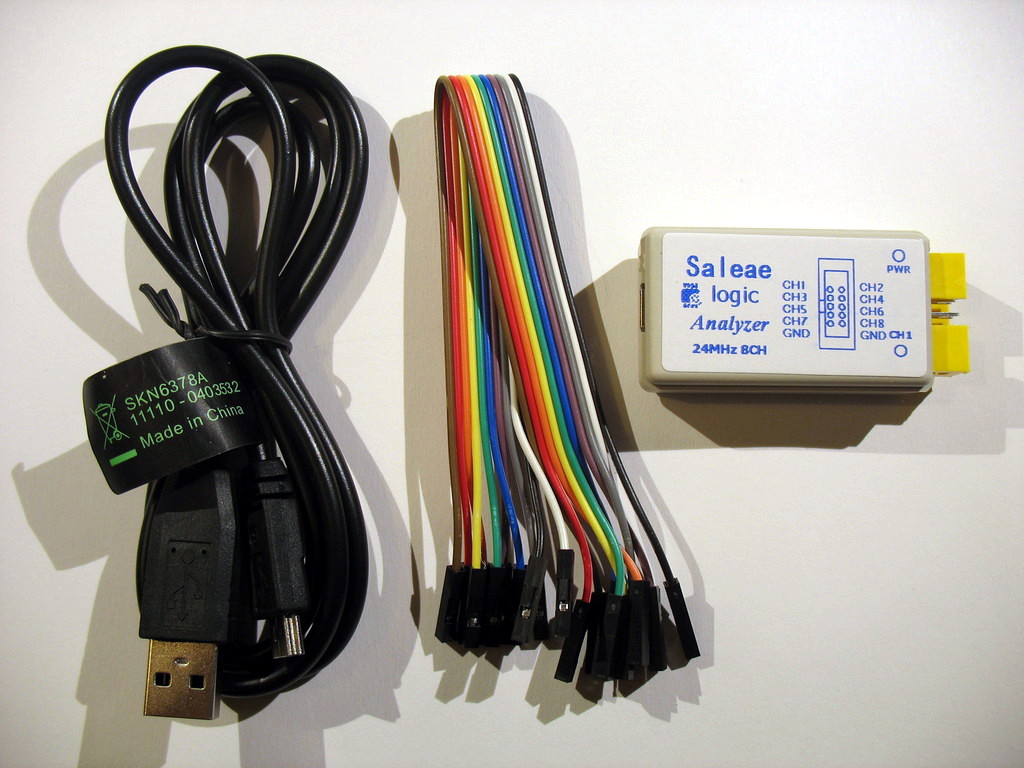 It has been discontinued by Salea but its clones are still available, anything with that particular chipset works. In order to use that chipset with Sigrok tools firmware for the logic analyzer has to be installed, otherwise you get "Firmware upload failed" once you fire up PulseView:

Salea logic analyzer clones can be purchased at eBay for less than 8€ per item 1.

Sigrok tools in conjunction with Salea logic analyzer clone can be used to interface FPGA design with already existing hardware and debug the design.